**I’ve been bombarded with questions about the JR Pass and I don’t have time to reply to everyone. As a result, I’ve disabled comments. If you read this entire post, I make it pretty clear how to know if a JR Pass is worth it. Just run your route through hyperdia.com since they have a Japan Rail Pass calculator. Just compare the cost of one-way tickets to a JR Pass.

Is a Japan Rail Pass worth it? That’s a question almost every visitor to Japan will ask. There’s no denying that Japan has one of the best train networks in the world. Heck, if you take one look at the metro map of Tokyo, your head may spin.

Of course, the rail network isn’t limited to just the cities, Japan easily has the most efficient bullet trains – known locally as shinkansen – in the world. Travellers will be happy to know that the Japan Rail Pass (JR Pass) is a cost-effective way to travel across long distances in Japan.

What is the JR Pass?

The JR Pass gives you unlimited travel in Japan when using Japan Rail (JR) operated trains, buses, and ferries for a fixed price. The Pass is only available to tourists and can be ordered before you arrive in Japan. If you purchase it in advance, you’ll receive a voucher which you exchange for your pass in person in Japan. You must show your passport to get your JR Pass.  That said, Japan Rail does allow visitors to purchase the JR pass in person at any of their offices once you arrive, but that costs more money.

To simply put it, there’s no better way to get around the country. That said, if you’re only visiting Japan for a few days or sticking to one region, getting a JR Pass may not be worth it.

Since the pass can be bought online, most people get it before they depart for Japan. Once they arrive, they turn in that voucher for a physical pass at one of the JR offices (there’s one at just about every airport). You’ll now have a physical JR Pass that you can use to get access to public transportation.

To be clear, the JR Pass can be used on any Japan Railways Group line including JR West, JR Hokkaido, JR Kyushu and JR East. However, it can not be used on private railways, so you’d have to either use one of their passes or pay-per-use.

The pass comes in two types: ordinary pass and green pass cars. Green cars are first class seats which give you more spacious seats, but ordinary cars are quite comfortable already so there’s no need to upgrade. Let’s take a look at the JR pass price (when bought in advance) and see what the value is. Note that children aged 6-11 get 50% off the listed rates.

As you can see, the 7-day Japan Rail pass is the cheapest option, but you’ll be in Japan for a longer duration, you can get a 14-day or 21-day pass. Obviously, the Japan Rail Pass cost increases if you get a longer one. Keep in mind that even if you’re in Japan for two or three weeks, you might only need a 7-day or 14-day pass. It just depends on your itinerary and when you can maximize the pass.

What’s great about the JR Pass is that you can still reserve seats even if your ticket is only valid in ordinary cars. All you need to do is go to any JR station that has a customer service desk. Once there, go to someone working at the desk and they’ll be able to reserve a seat for you. Just tell them which train and time you want to book the seat for.

Where is the Japan Rail Pass valid?

Since this is a physical paper pass and not an electronic card type pass, you can not use it at the turnstiles. All you need to do is show it to the ticket agent at the station and they’ll let you through. The following are the types of transportation you can use your pass on.

The JR Pass will give you access to all JR trains nationwide including shinkansen (except Nozomi & Mizuho trains), limited express, express, rapid and local trains. This includes the Hikari Shinkansen, the Narita Express train to/from Narita airport, and the Tokyo monorail to/from Haneda airport. If you’re flying into the Kansai airport in Osaka, you can take the Haruka Express train to get to Osaka. From Osaka, there’s a JR Nara line that takes you to Nara

This is where a lot of confusion comes in. The JR Yamanote line and Chuo lines are owned by Japan Rail so you can use those two lines for free with an active pass. The other metro lines are run by different companies and you will need to use an IC card (detailed below). You do not need a JR Pass if you’re staying just in one city.

The JR ferry to Miyajima located near Miyajimaguchi station can’t be missed. There are only two lines and one is marked with “JR.” Just flash your pass as you get on. When you return from Miyajima, just show your pass again to get on the ferry.

Not many tourists will use local JR buses, but your pass is valid on them. The one major bus route that tourists may be interested in is the JR tourist loop bus in Hiroshima. Your JR pass is NOT valid for the Raku bus in Kyoto.

How to use the JR Pass

What often throws people off is that the JR Pass looks like a greeting card. Every train station has at least one non-automated gate with an employee working. This is where you go to get access to the trains. You literally just need to hold up the pass as you walk through. Don’t walk too fast since they’ll likely be checking your dates.

It’s also worth noting that some of the major train stations have different sections for specific rail operators. For example, at Shinjuku station, you would look for the signs that say JR Trains. Once you’re in that section, you should your pass to get through.

When it comes to buses, you really need to do some additional research. For example, in Osaka, JR operates only 2-3 bus routes. While these buses will get you to most of the tourist areas, it may not be that convenient. You might be better off paying to use local transportation instead.

What happens if there’s no JR train, bus or ferry available?

The reality is that JR is not available everywhere. You’ll be able to get just about anywhere with JR transportation, but once you arrive, you may need to rely on local transportation. The good news is that this is easy if you purchase a local IC card. These cards are reloadable and you just tap your card in and out of each network as needed.

It’s also worth mentioning that these IC cards can now be used across the country. For example, if you buy a Suica card in Tokyo, you can still use it in Hiroshima. Reloading your card is easy as there are machines with English instructions in every train station.

Is the JR pass worth it?

Using these base trip costs you can see that a 7-day JR Pass is worth it if you do a round trip from Tokyo to Kyoto/Osaka. If you’re flying into Tokyo and out of Osaka, a 7-day pass likely won’t be worth it unless you’re making a side trip to somewhere far such as Hiroshima. Again, use Hyperdia to add up all the costs of one way tickets and then compare it to the price of a JR pass. Often, you may just come out under, but you need to factor in the costs of local transit as well as using the pass to get you to/from the airport.

For the 14-day pass, you need to go as far as Hiroshima to maximize the value. If you plan on making trips to say Hakuba, Takayama, and other places, a 14-day pass may still be worth it, I just use Hiroshima as a reference point for costs. The price difference is pretty small between a 14-day and 21-day pass so adding another day trip or two and the JR pass price for 21 days all of a sudden becomes an incredible value.

If you’re flying into Tokyo, but departing from Osaka, purchasing one-way tickets might be of better value. Also, note that you get to select when your JR Pass becomes activated, so if you plan your trip well, you may only need a 7-day pass even if you’re in the country for longer than that.

There are regional JR Passes available, but they can be of limited use. If you’re thinking about getting one of those instead, check with hyperdia.com to see if you’re getting good value from it.

So is a Japan Rail Pass worth it? It is if you’re travelling a long distance in a set time period. The other advantage is that since you won’t need to buy train tickets, you can make any random side trip when you want to. While it can be tempting to buy a pass for 14-days if you’re in the country for two weeks, it might make sense to only buy a 7-day pass if your major travel happens over that time period. 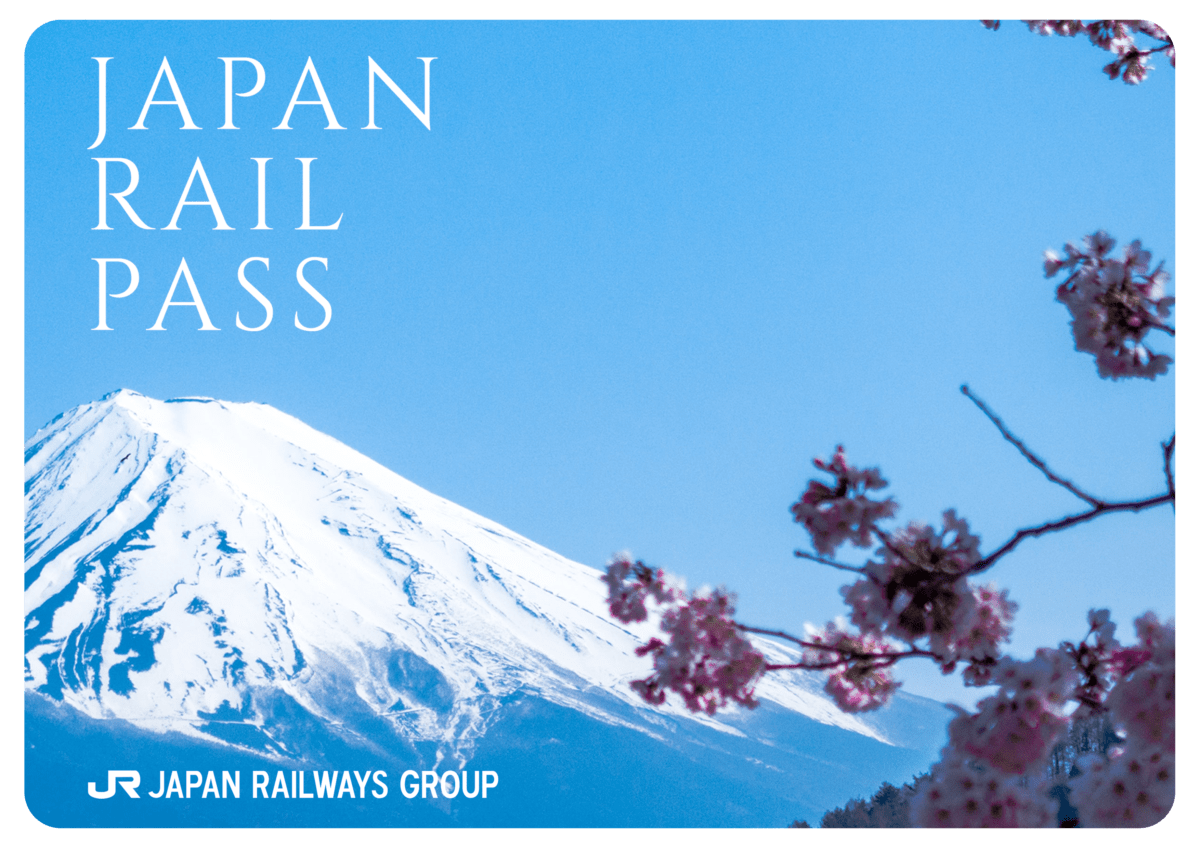