How Much Does it Cost to Go to Europe?

Europe is one of the most popular travel destinations in the world. Depending on where you go, and how you travel; the trip can be relatively cheap or expensive. But the question is: how much does it cost to go to Europe?

Well, it really depends. Obviously, a backpacker who’s travelling through Eastern Europe is going to spend a lot less than someone who’s living the high life in London. My budget below is based on average costs for a two week trip in American dollars with stops in four cities. Further down the post, I’ll give you tips on how you can save money on various expenses.

The above estimate is in American dollars. Please use xe.com to find out the average costs in your home currency.

Let’s be clear. It’s impossible for me to answer how much does it cost to go to Europe? There are just too many variables. To be honest, I’ve never spent the above “average” cost during any of my trips to Europe. It’s really not that difficult to save money while in Europe, but I wanted to give you an average estimate. My estimates are based on a single traveller.  If you’re travelling as a pair, double all the costs except for your accommodations.

Doing Europe for much cheaper is possible, but I don’t recommend it. One of my biggest regrets is not spending more on travel. Can you believe I didn’t try tapas when I was Spain? I was so focused on spending as little as possible that I didn’t think about the experiences. Fortunately, there are many cities and countries in Europe that offer good value such as Budapest and Istanbul. Heck, even Portugal is much cheaper compared to Spain.

If you’re Canadian, you may want to consider applying for one of the best travel credit cards in Canada to help offset your costs by collecting points. For example, the American Express Platinum card gives you a signup bonus of 60,000 American Express Membership Rewards points which have a minimum value of $600 (potentially more if you transfer your points to Aeroplan or Marriott Bonvoy). There’s also the Scotiabank Passport Visa Infinite card that has no foreign transaction fees, a sign up bonus worth $250 and it comes with airport lounge access.

I like to estimate $650 for the cost of a Europe trip when it comes to airfare. If you’re flying from other parts of the world, it may be more or less than what I’ve estimated. It’s also worth noting that when you fly and where you’re flying can make a huge difference in price. I’ve seen flights to Amsterdam and Ireland much cheaper compared to other parts of Europe. Of course, flying in the summer will likely always be more expensive than in the spring in fall.

Being fully flexible is the best way to find cheap flights. However, there are a few other tricks you can use to save. Booking a multi-destination ticket – that’s where you fly into one city and out of another is often cheaper than a direct ticket. To get to your final destination, you can use trains, or a discount carrier).

My estimate above also factors in 3 local flights that cost $100 each. I’m also assuming you’re booking a multi-destination ticket, hence why you would only need three tickets. You can still travel Europe cheap even if you’re choosing to fly between destinations. The additional $100 in my estimate is for local transportation in each city you visit.

I’ve purposely left out train travel, even though they could be the cheapest way to travel Europe since there’s no way of knowing your route. If you’re going to neighbouring countries or taking day trips, I would suspect that taking the train is a better option. There are also multiple Europe rail passes that are good for different countries that offer great value, but you need to do your research to see if it makes sense for your itinerary. 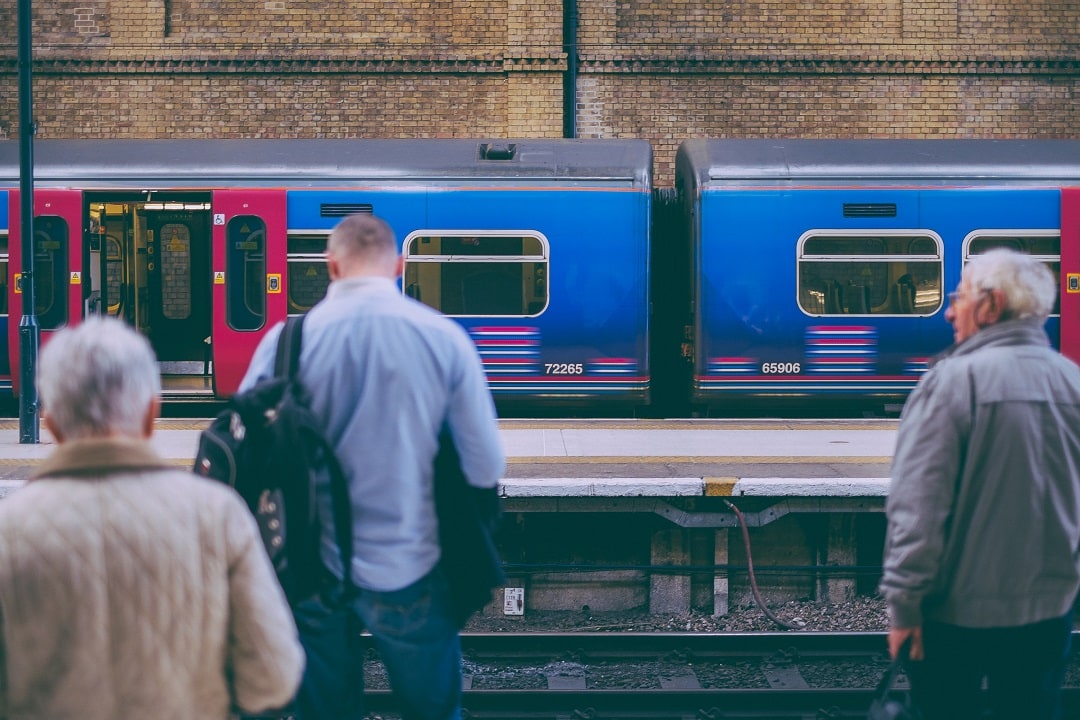 As you can imagine, your Europe trip cost will vary greatly depending on your style and where you visit. I honestly believe that Europe gives you the most options regardless of your price range. In addition, the quality of your accommodations is much better if you’re staying at a hostel compared to other parts of the world. It’s worth signing up for a credit card with no foreign transaction fees to help you cut down on your costs.

If you’re Canadian, you may want to consider applying for one of the best travel credit cards in Canada to help offset your costs by collecting points. For example, the American Express Marriott Bonvoy card gives you 50,000 Marriott Bonvoy points as a signup bonus. That’s enough for five nights at a category 2 Marriot property when you take advantage of their book 4 nights, get the 5th-night free promotion when using your points.

If you’re backpacking through Europe, then hostels will probably be your choice of accommodation. If you decide to go that route, you should be able to find a good hostel for $15 – $20 a night. You can travel  Europe cheap by going this route since your accommodation costs would drop from $1,950 to as low as $195. Alternatively, there are a lot of great boutique hostels out there that cost more but offer a better experience since they’re competing with hotels and Airbnb.

For those who think $125 is expensive, I would argue that it’s on the cheaper end. The reality is, hotels are expensive these days, so getting one for $125 a night is a pretty good deal. Remember, this is just an estimate. In some European countries, some hotels will cost you more while others will cost you less. $125 a night is strictly an estimate. You can also follow my guide on how to save money on hotels.

Regardless of what city you’re visiting, there will likely be luxury hotel options. If you like the experience or don’t mind spending the extra money, you may want to budget another $200 – $300 a night. Your Europe trip cost will obviously skyrocket if you’re going for luxury stays.

Since I’m a bit older, I now prefer to use Airbnb. I’ve been able to find private apartments in good locations for about $100 a night. If you’re travelling with kids or family, Airbnb can be a great deal since you should easily be able to find a space that fits your entire party. I do admit that Airbnb has become more expensive over the years, but it’s still a good hotel alternative.  If you haven’t used Airbnb before, use my invite and get a $45 credit towards your first stay.

This is where things can get tricky. Attractions aren’t expensive, but if you keep going into them, you’re naturally going to spend more. First off, always do the free things in every city you visit. That means checking to see if there are any free museums, art galleries that have no entrance fee. Note that even museums with an admission charge usually have a free day so you need to see if the timing works out.

Parks are always free, and quite often simply walking around neighbourhoods is the best way to see a new city and that doesn’t cost you anything. In Europe, there are also many free walking tours – well you need to pay a tip – but, that’s a cheap way to learn about the city.

Finally, check to see if there are any museum passes that will help you save money. Many cities offer something such as free entry into a bunch of attractions for a fixed price for a set period of time e.g. 24, 48, or 96 hours. You would need to do the math to see if the cost of the attractions you’re interested in makes up for the cost of the pass.

Food and drink budget will vary by person, but a rough estimate for a meal including drink is as follows:

That works out to $45 per person per day which some people will think is too much while others will think it’s too low. What I personally try to do is balance eating street / fast food with restaurants. I also go to grocery stores to get breakfast and snacks which I find saves me a lot of money. Cutting back on food will help you see Europe on a budget.

Every city and country you visit will have some kind of local delicacy which I highly recommend you try. To this day, I’m still mad at myself for not having tapas in Spain because I thought it was too expensive. I’m not suggesting you blow your budget on food, but it’s okay to splurge now and then.

Many people forget to include shopping when planning their vacation budget. It’s silly to think that you’ll spend nothing on random things; you’re going to buy gifts for people right? Plus, there will be plenty of souvenirs you’ll want to pick up for yourself regardless of how tacky they appear to be. There’s nothing wrong with buying gifts for yourself or friends, you just want to make sure you budget for it.

As you can imagine, some cities have better shopping experiences than others, so you need to think about where you’re going and budget accordingly. For example, you may be headed to Italy and have every intention of buying a leather purse. There’s nothing wrong with that, just make sure you’ve set aside some money for that purchase.

So how much does it cost to go to Europe for 2 weeks? You know the answer – it depends! But, a good estimate is about $3,960. One time I spent just $2,300 because I focused on doing it for as cheap as possible. Another time I spent closer to $8,000 (for 2 people) when visiting just 3 cities. The cost of a Europe trip really depends on you. For more tips on how to save money on flights, hotels, food, and currency exchange; refer to my cost of travel series.

For more European inspiration, check out my guides to Scotland, Italy, Croatia, Austria, Malta and Greece. 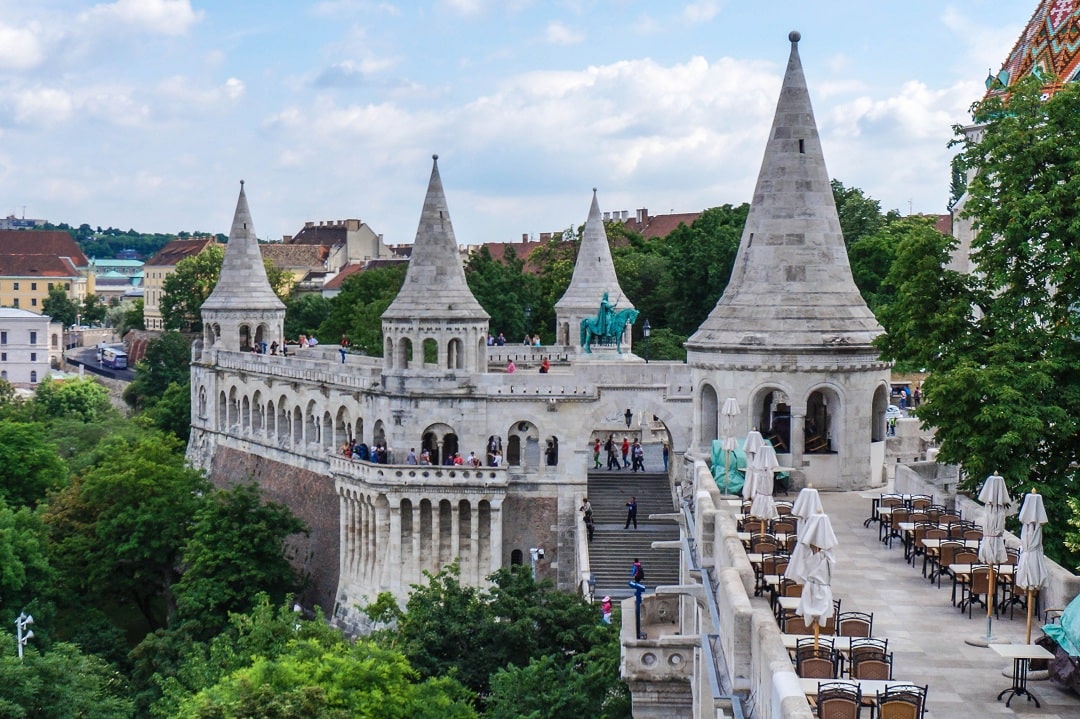