With the changes to the Scotiabank Gold American Express now in place, many people are comparing it to the American Express Cobalt card since they’re now very similar. If you check out the chart below, the features are quite indeed nearly identical, but both cards have subtle differences which could sway your decision when applying for one or the other.

The sign up bonus is a touch different for each card. The American Express Cobalt card gives you 2,500 points every month for 12 months but you need to spend $500 each month to get it. That means you’ll spend $6,000 total to get the full signup bonus of 30,000 points. The Scotiabank Gold American Express gives you 25,000 points after you spend $1,000 in the first three months so it’s much easier to get your bonus.

As for the earn rate, both cards earn you 5 points per $1 spent on food and drinks, but it’s the second multiplier that can be a deal-breaker for some people. With the Cobalt card, you earn 2 points per $1 spent on all travel purchases which includes flights and hotels. The Scotiabank card earns you more points at 3 per $1 spent, but that only applies to gas, transit, and streaming services. Which one is a better fit for you really depends on how much you spend on each category.

The included travel insurance can also make a difference. The Scotiabank card only gives you $1,000,000 in travel medical insurance but you’re covered up to 25 days whereas the Cobalt card gives you $5,000,000 for 15 days. For some reason, the Cobalt card doesn’t give you any trip cancellation insurance but they do give you a little more coverage for your car rental. Overall, I think the travel insurance included with the Scotiabank Gold American Express card is a little better.

Don’t forget about the points

Based on the above, you may have already decided which card is for you, but you also need to factor in how your points can be used. The Scotiabank Gold American Express earns you Scotia Rewards points where 100pts = $1. These points can be used through the Scotia Rewards travel portal or applied directly to travel purchases you made with your credit card.

The American Express Cobalt card earns you Membership Rewards Select (MR-S) points which are a little different compared to regular Membership Rewards points. The main difference is that there are no airline transfer partners with MR-S. You can transfer your points to Marriott Bonvoy at a 1:1.2 which is nice. The regular redemption ratio is 100pts = $1 which can be applied to any travel purchase or via the American Express travel portal. You also get access to the American Express Fixed Travel option which can save you a fair amount of points in certain situations.

Although the American Express Cobalt Card and the Scotiabank Gold American Express card are similar, there are enough small differences where one card would be a better pick over the other. Take a look at the earn rate, insurance and how you like to redeem your points before you decide which one to apply for. 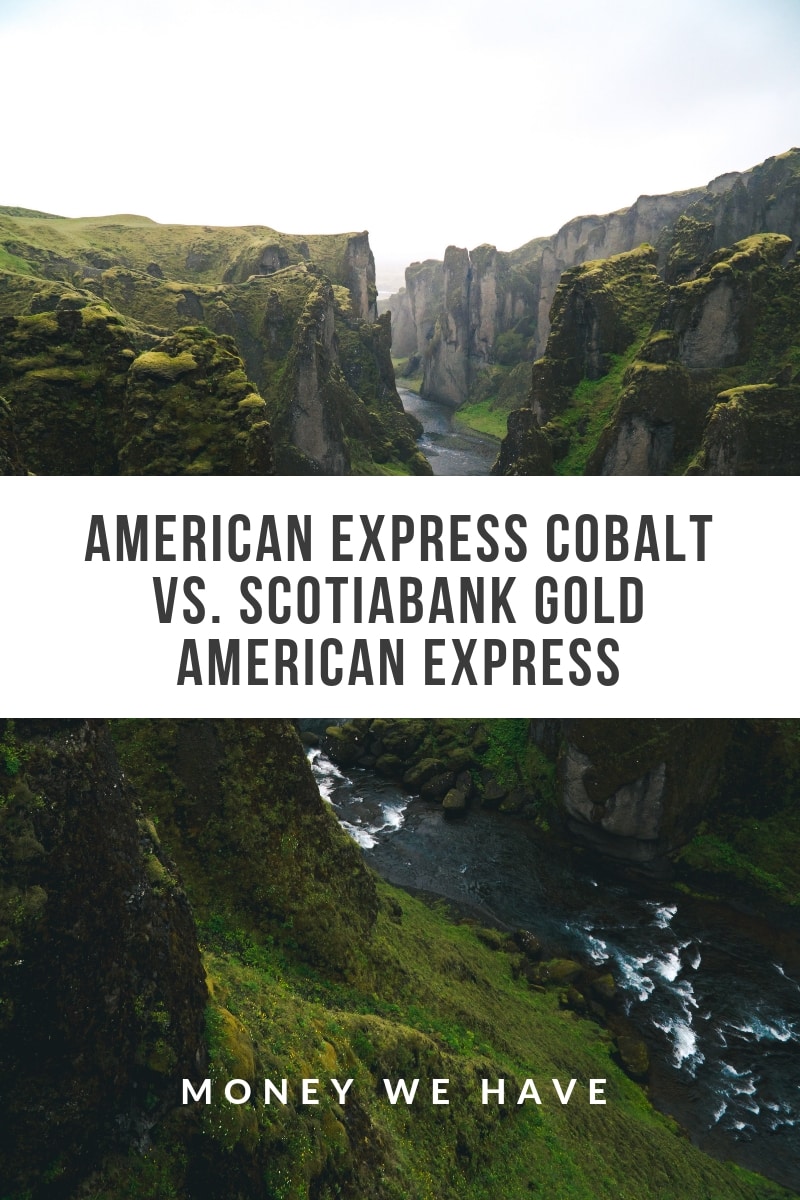